Send in your photos for this page.

Peter is in the 5th generation down from Herz Salomon Hirschland, and among the last remaining Hirschlands born in Essen, though his family moved to New York while he was still quite young. He has followed the family’s roots in the banking/investment banking industry.  Since this visit, Peter has been asked to serve on the Folkwang Museum Board, the first Hirschland to do so since the war.

March 2011 — LA Hirschland Reunion
Second Cousins to Sixth Cousins, and almost everything between

This crib sheet might help with determining relationships. A half a dozen or so LA resident Hirschlands missed the event.

We ate, we took pictures, and then, after those with small children or long drives left, a handful of us moved to a different part of the restaurant to have dessert. At least among the older members of the family, it was an amazing experience to meet such a range of family, including so many members of the long-lost (to many of us anyway) PA Hirshland clan. A couple of younger attendees commented that it didn’t really have a family feel to them, but I guess you have to grow into it. Some more pix of the dinner:

Jonas in his team sweats

From Nancy: We had a lovely, indeed memorable, lunch this past week with Thomas and Geneviève Hackett in London, at the Reform Club. Here’s the evidence to prove it. It truly was a splendid meeting of “long lost cousins.” 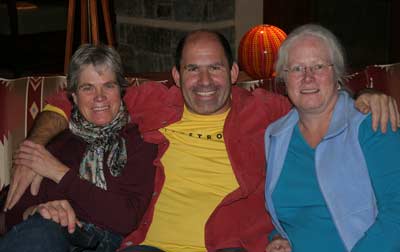 Liz Hirschland, Mike Hirshland (no C), and Victoria Hirschland Hess, two sisters and Mike, their fifth cousin, meet for the first time over drinks at the Four Seasons, Jackson Hole, after a day of skiing. Mike is one of the PA Hirshlands (no C), who emigrated to the United States in 1848 and lost track of their Essen roots. We have only in the last months reconnected with this branch of 70 or so Hirschlands.

Through our research process (Daniel’s mostly), Susan Herz came to our attention, and it turns out that her Aunt was Margot Hirschland’s best friend. We have put the Aunt in touch with Charles Hannam (formerly Karl Hirschland), and a telephonic reunion is contemplated between the Aunt in Israel and Charles in the UK. 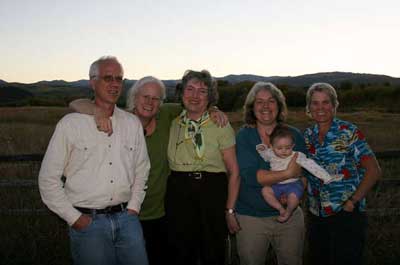 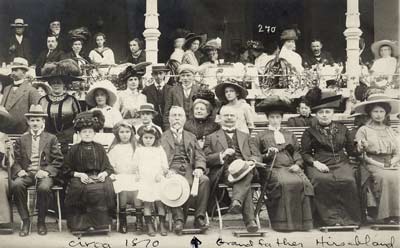 Send in your photos and stories for this page.