Our correspondent in Essen, Fabio, whose interest is the history of his hometown Essen, recently researched the Georg S. Hirschland Estate, Franzenshöhe. He has sent us maps, pictures, postcards, and more of the property as it existed in the early 20th century, and as it exists now. Note that a lot of this information relies on Google Translate  from German to English and back. If we have made a mistake, please comment below.

Franzenshohe is about eight kilometers (approx 5 miles) south of Essen.

Though the area around Franzenshöheis somewhat built up now, it was not when our family lived there.

This postcard shows the area near the Franzenshöhe. 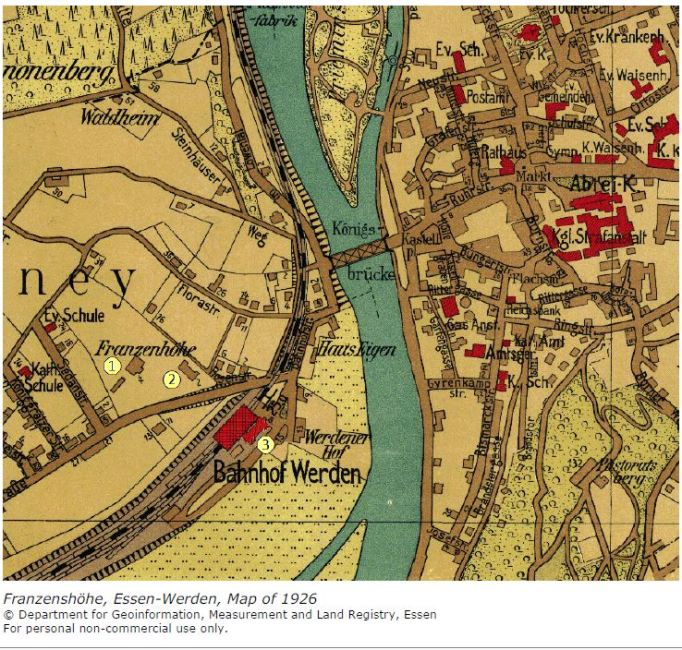 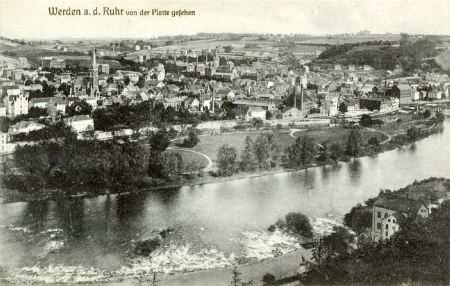 The entire pdf of Postcards. 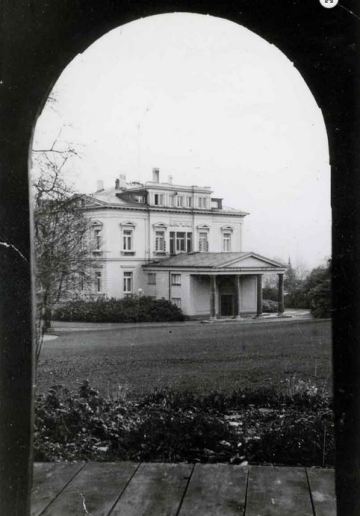 The Franzenshöhe area has changed since the Hirschlands left it. These aerial photos are used with permission of (and copyrighted by) the Department for Geoinformation, Essen, Germany.

Franzenshohe, 1926. Note the Villa set almost in the center of the photo, amidst the trees and gardens. The Carriage House to its right. © Department for Geoinformation, Essen, Germany

Franzenshohe 1953. The villa, white, left of center. The Carriage House to its right. © Department for Geoinformation, Essen, Germany 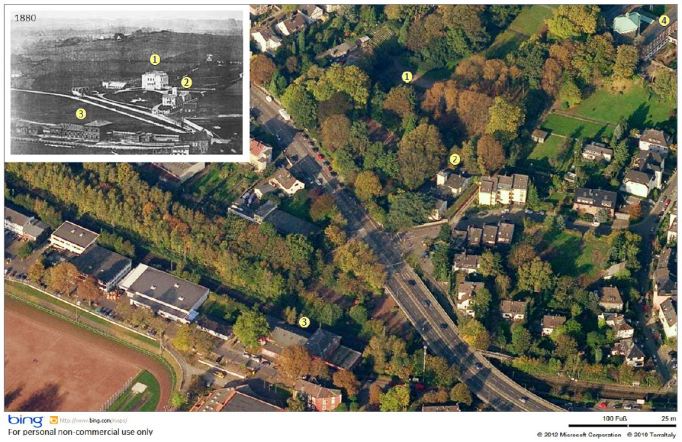 PDF of all the aerial maps.

After the Georg S. Hirschland family left Essen, the Villa was used by Gauleiter Josef Terboven, the Nazi regional leader for Essen, as a guest house. On 11/29/1944 a land mine destroyed nursing home St. Ludgeri in Essen-Werdenduring during a nighttime air raid, so that the elderly had to move to the Villa Hirschland. In 1952 they returned to the reconstructed building. http://www.ludgeri-stiftung.de/meta/ueber_uns.html

Having bought the estate in 1958, the Essen Diocese built the Construction of the Seminary St. Ludgerus 1960-61, Kardinal-Hengsbach-Haus in the NW corner of the Estate. In 1965, the Villa was demolished. 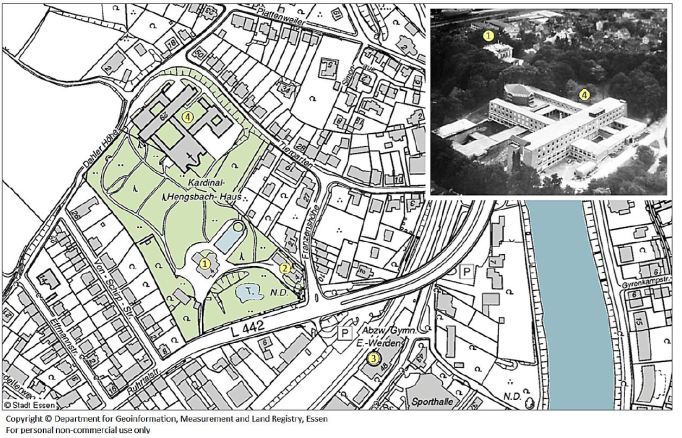 The exterior of the Carriage house was protected by Essen as a historical building in 1986. The interior, which had started out as stables and an apartment, and been modified for cars in 1911, was converted into apartments at a later time. 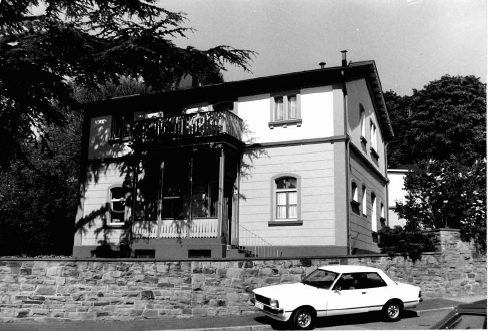 Fabio took these photographs of the Carriage House in 2012 (click for larger images):

Bahnhof, 2012, Photo by Fabio. This building is becoming a dance school.

Click for Fabio’s entire 40 page history…. (Opps. Too big for WordPress. Email me for the Chronicle.)